Twitter has become quite centtral in the way that I go out and research subjects that interest me, and to exchange with people that have knowledge and insight about these. Before I used to turn to Google, but it was very difficult to find the nuggets of knowledge you’re looking for when you get 36 million search results (most of them irrelevant). Twitter has turned out to be an extremely effective tool as a community-based knowledge transfer tool.

I used to be a sceptic – proudly saying I did not tweet – as I did not see the value of telling the whole world that I was having double-twisted latté macchiato cappucino coffee or whatever at a Starbuck’s. Boy was I wrong! Twitter has been the most effective tool that I have found yet. I set up Tweetdeck and did one column that filters on the #scrm hashtag (my main interest), and another on #e20 (these are linked as Social Business, hopefully Esteban Kolsky and I can tell you more about it during the Enterprise 2.0 Conference in Paris and Boston). Soon I found out who the most interesting tweeters to follow were (or is it twits? lol) and reached out.

Visually I represent Twitter to myself as a hub. People come together in the center to exchange bite-sized nuggets, links, comments of whatever, and provide links to information that allows you to dig deeper. Follow the spoke  to the rim of the wheel (usually blogposts) where someone provides their point of view and relies on others to comment in more detail to deepen collective knowledge even further.

Twitter is also a great way of arranging face to face meetings (tweetups), as there is so much more information that is passed as visual and behavioural cues, tones and variations in tones that you just cannot fit into 140 characters. Content is there, but context and intent can be missing (read Prem Kumar’s post on the Triumvirate). So far I’ve been lucky and honoured  to meet Paul Greenberg, Wim Rampen, Bertrand Duperrin, Ian Hendry, Nigel Walsh, Yadu Tekale in person, and in order to cross the divide I’ve been skyping with many others such as Mitch Liebermann, Kathy Hermann. Great people from whom I learn every day that I would have never known without tools such as Twitter!

Like for Wim, Twitter has brought me new friends, connections, thoughts, insights and ideas at a pace I could not have thought possible as little as one year ago, and I hope to meet with even more people in 2010. I feel like a whole new world has opened up to me 🙂

Go With The Customer Flow 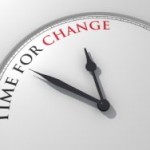 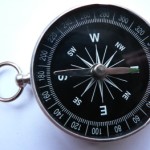 Go With The Customer Flow

Vote For Your Favourite #CRMIdol!